He gazed long upon  His beloved.  She was alone at the well and He saw her scars from the past and her fear of the future.

He knew it was the shunning and scorn by others that drove her to the well alone.  Craving she was and satisfaction and contentment eluded her as shame haunted her.

This place at the well, this was her alone space.  And here He was, right in her space, speaking with her face to face.  Her ears perked up as He spoke about being refreshed if she drank of the living water He wanted to give her. 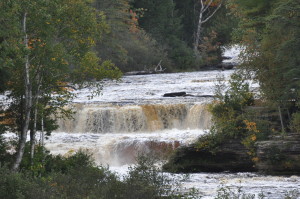 How did He know she felt so shriveled and dried up on the inside?

He wants to give her a gift unlike any she has ever received. He wants to quench that dreadful aching thirst deep within her soul.  She is thirsty, parched and her voice breaks as she chokes out the words as she dares to ask for His holy water.

She implores and captures the heart of Jesus.

Jesus invites her to come into the light.  He is completely unfazed by the darkness and shame of her past as He asks.

She hears Him, she hears the love in His voice.  She didn’t know how He could wash away her darkness and shame, but her heart knew – somehow, she could not explain it to herself, but she knew she could trust Him.

He had revealed Himself to her by revealing who she was.

And that was the thing.  It was who she WAS.  He didn’t see her black listed, scorned, shunned and shamed.  He loved her.  She could see the love in His eyes, see it in the curl of His smile and the gentleness of His spoken words.

He called her Beloved.  Her heart bowed in awe of such love.

His presence was so pure. And yet He neither convicted, condemned or belittled her.  Jesus knew the depths of her  plunge.  He knew because her heart was fully exposed to Him.

He called her His Beloved.  The compassion Jesus showed her melted her heart.  Oh, the mercy and loving- kindness she felt from Him!

Listening to Him, she was amazed at the joy His presence gave her.  All of life seemed to funnel down to this one moment.  Filling her water jug suddenly seemed so trivial.

Deep within her heart and soul, settled peace rests. She knows she has found what she has been searching for all of her life.  Oh, she knew she had not lived as she had dreamed of as a child, but here was the Savior, the Blessed Messiah offering her a newness of life and she was saying Yes! to Him with her whole heart.

She received Him and accepted Him within her heart.  She felt different.  She felt clean and pure, determined to set for herself a brand new standard of faithfulness.

She bowed in worship as her spirit grasped how faithfulness was a quality she would grow in as she continued drinking of the Living Water.

She would never stand all alone and be lonely again.  She was one with Him, completely known and fully loved by Him.   Jesus, King of the Jews had chosen her as His daughter.

She no longer had to scurry about in the shadows.  She was encircled by the Light of His glorious love,  her sin was forgiven and she knew she was released from her burden of guilt and shame.

Jesus had set her free from burdens so long carried.  Joy overtook her as she realized she was a brand new woman lovingly fashioned and formed to bear the Image of the Son. 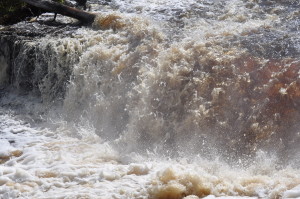 She was Beloved of the Lord.

Laughter burst from her lips at the irony of it all.  She remembered all the details of her life as they flashed by in her memory.  She remembered, she saw pictures, she saw shame.  She saw Jesus loving her through it all.

Knowing her place in His heart, she smiled, her face glowing contentment. The joy of forgiveness.  Love unlike anything she had ever known. She loved Him and never wanted to leave Him.

She wanted to shout out her happiness, instead she found herself spurred into town.   The one once shunned, scorned and shamed, she had a message of hope to share.  She longed to share His love and goodness.

The Messiah had put a new song in her mouth and she would sing His song the rest of the days of her life.  She was His Beloved and His banner over her was love.

Others would hear this new song and they too would sing.

The song would spread all across the land, throughout the ages.

Today we hear the same song.  Can you hear it? Are you singing?

He calls you His Beloved and invites you too to drink of His living water.

Here, at Greater than gold, you will always find hope and encouragement from the truth of God's Word.

My mission is to inspire you to discover the unsearchable wisdom of Christ through my written words.

I am an encourager who loves Jesus, His Word and you!

I am passionate about cultivating our hearts to hear the sound of the Lord as He walks among us each day and you will discover I write from a biblical perspective of victory!

Psalm 119:72 says God's Word is greater than gold which is where I derive my life statement:
“To have the gold of God’s truth and love radiating from my inner life so others are drawn to Jesus.”

Beckoned by the King Available Here